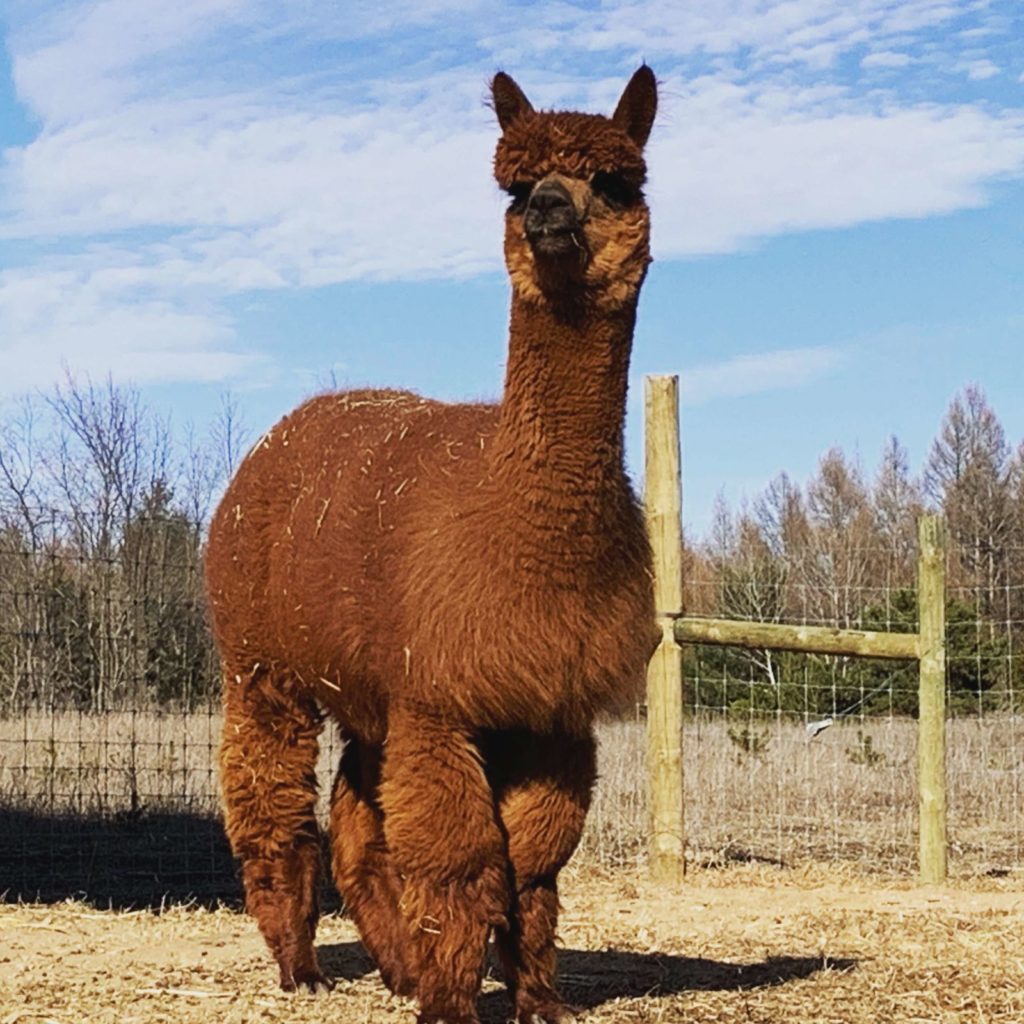 Kalista is a medium brown Huacaya alpaca that has that classic Spartan face. Her father, Crystal Spartan, was listed in the American Alpaca Journal (issue 2) as one of the top herdsires in the country for producing award-winning brown alpacas. Kalista holds true to this status. Kalista won multiple Color Champion and 1st place ribbons herself. She also gave birth to daughter Sienna, who also won blue ribbons.

This sweet alpaca is more than a showgirl and an amazing mother. She will great you in the pasture, flash you a loving look with her big eyelashes, and offer an alpaca kiss to say good morning. She is true winner in fiber, personality, offspring production, and show wins.

Kalista delivered male cria named Walter in the fall of 2020. Walter is an offspring of Elk Jacob, who is an Amber Autumn herdsire with Snowmass genetics. He places in the top 5% of 2019 EPDs and has won multiple awards including two Champions, two Reserve Champions, and two first place ribbons.

Want even more alpaca goodness? Stay connected with us.
Like Us on Facebook!
This is default text for notification bar
Learn more