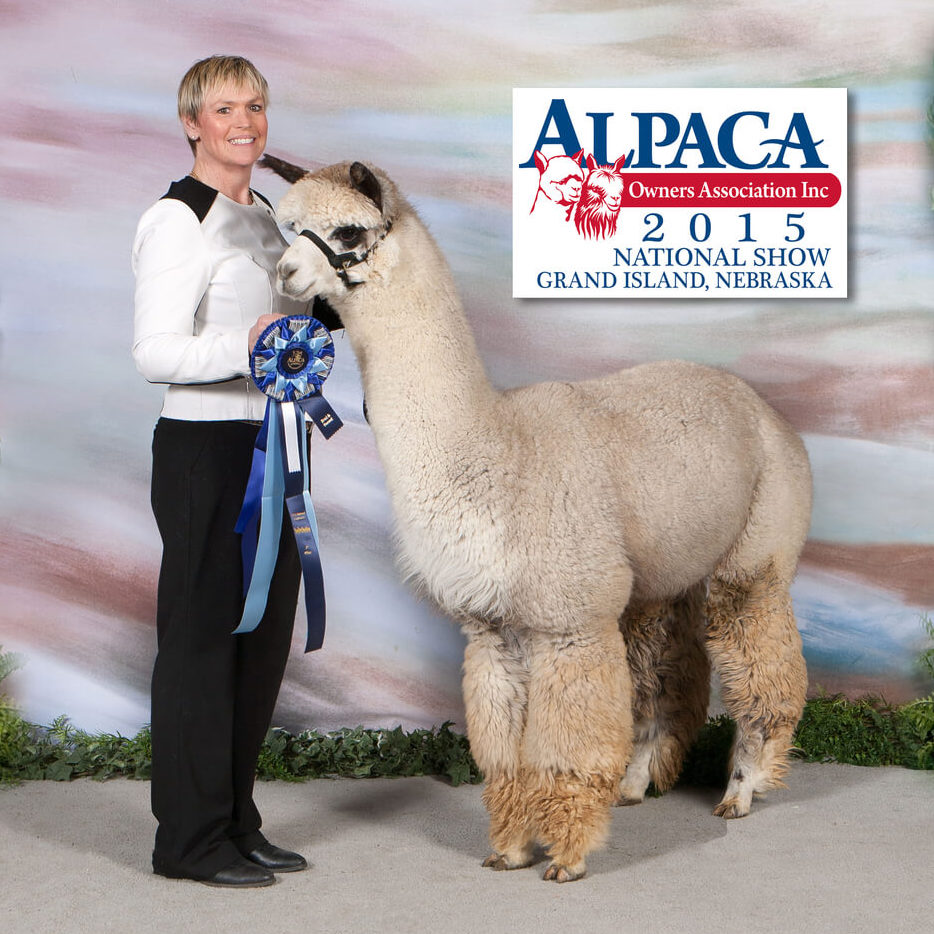 Leviticus is a handsome boy! His exceptional pedigree, superb conformation, and strong fiber quality are sure to produce top offspring.

Issue 2 of the America Alpaca Journal (published by Snowmass Alpacas) referred to El Nino as the most influential sire produced by Pacific Crest Alpacas (later known as Accoyo America). El Nino was exceptionally prepotent for the production of density, staple length, and superior micron-adjusted uniformity in his off-spring. The genetics for those characteristics combined particularly well with those carried by Peruvian Hemingway descendants, which produced the fineness and higher frequency crimp style favored in the show ring, and El Nino’s offspring and descendants were dominant for many years.

Meet the alpacas up close and personal. Schedule a guided alpaca tour.
Reserve Your Spot
This is default text for notification bar
Learn more