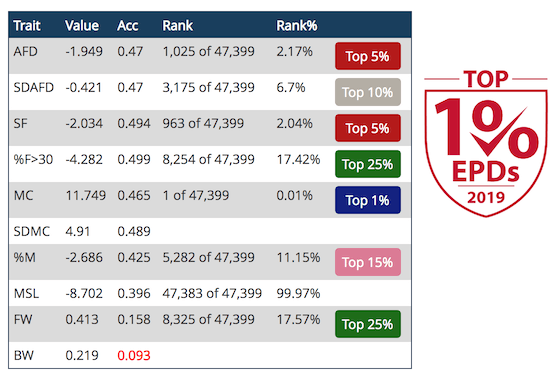 Grace also scores in the top 5% for AFD and SF.

An AFD is the average fiber diameter. The AFD EPD may be used by breeders to select for animals that produce fleece finer than the average of the overall national herd as well as within individual herds. A negative EPD value indicates that the animal’s progeny will have, on the average, finer fleeces than the breed average.

Grace is bred to Snowmass Enchanted Wave and expecting a cria in August of 2020.