We were headed to California for an extended weekend with friends. My mother-in-law was going to come and watch the house and barn, while my husband and I took a few days away from Michigan’s cold winter weather.

Shortly before we departed, we received a call about a local hobby farmer who needed to sell his flock of sheep quickly. They were an eclectic mix of Dorper, Hampshire, Polypay, and Suffolk. We didn’t know why the man had to relocate his sheep as quickly as he did, but we did know we only had a few weeks to make the decision and rearrange the barn stalls to make room for the flock.

The eleven ewes were all pregnant and were soon going to start delivering their lambs. There was also a ram in the mix that would be coming along with the ladies should we move forward with the purchase.

While we were not yet sheep farmers, my husband had been researching them and had a good basis on sheep varieties and options for raising them. He had been working on a sheep business plan, similar to what he did for the alpaca purchase.

He knew the different sheep breeds and many of the positive and negative aspects that came along with the various breeds. I knew nothing, but that was okay. By now we openly joked that he was “production” and I was “sales and marketing”. This translated into I do not shovel manure, but I would create a pretty website to show off our furry family members.

My husband flew home to Michigan and I stayed in California to visit some clients. By the time I arrived home, the sheep were purchased and all twelve were coming home in short order. I arrived back to the farm to a frantic husband who was working at a very fast pace to rearrange the stalls to accommodate the new arrivals and have birthing areas for all the pregnant mommas. 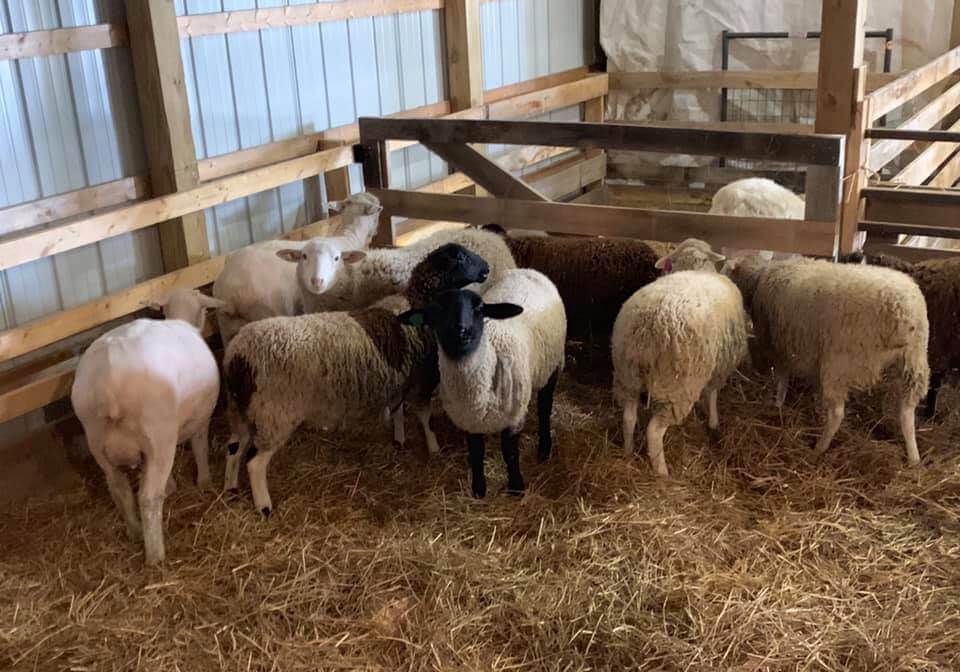 My husband did a great job with his build out and the new sheep arrived to a nice warm home near the alpacas. The alpacas were less than thrilled with their new arrivals. And being high maintenance like I am, I could relate to the alpacas’ displeasure with the new furry creatures.

Alpacas have a sweet hum when speaking to you, they are trained to use a giant litter box, and they are trainable. The sheep are loud, they run around like crazy animals, they poop in their own water bowls, and they are smelly. The diva alpacas and I were not impressed.

And then I started to interact with the sheep and my opinion shifted. To my utter surprise, the sheep were also like pets. They would greet me upon arrival, they had unique personalities, and some wanted you to pet them. I had no idea they were such lovely creatures. Smelly creatures, but lovely nonetheless. 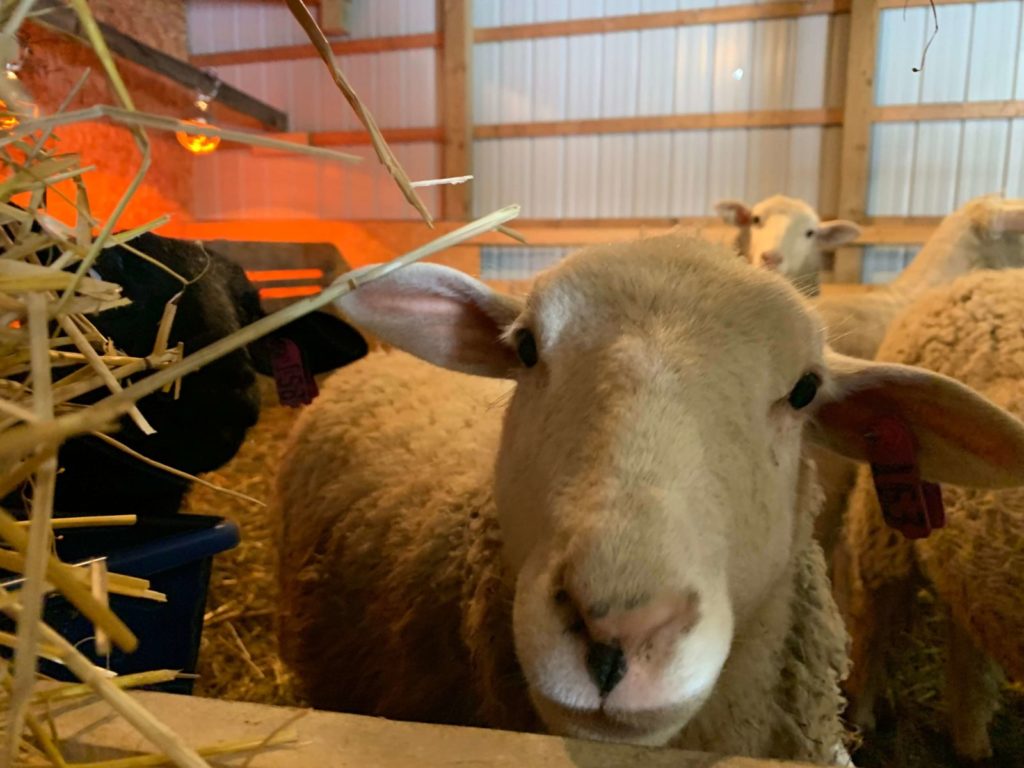 What I didn’t realize is they would break me of my love for lamb. I can no longer even think of cooking lamb and eating it. And the thought of sending these guys to market breaks my heart. They will go to market and I know it will happen, but the idea of the little lambs or mommas heading off to market is more than I can bear. It’s in the business plan and it has to happen. The adult in me knows and understands this as fact. I just won’t be able to be home when market day arrives.

With the arrival of the sheep, we grew again. And with one more than we expected. One of the ewes gave birth right before we took possession, so a baby lamb came along for the ride and move in.

Four alpaca turned into to six alpaca in weeks and now we added in twelve adult sheep and baby lamb into the mix. Nothing like going from zero animals to eighteen in a few weeks.

But this was temporary. Lambing was coming and all the babies would be arriving soon.

As I said on Instagram, you think we’re crazy but I know we’re crazy.

Rebecca is an alpaca farmer who lives on just outside of Traverse City, Michigan. She and her husband left the suburban life of metro Detroit, sold everything they owned, and moved north to start an alpaca farm in 2018. After buying their first set of alpacas, the duo fell in love with this magical animal and have jumped fully into the alpaca industry.

Meet the alpacas up close and personal. Schedule a guided alpaca tour.
Reserve Your Spot
This is default text for notification bar
Learn more